The Windmills of Consuegra Spain

Consuegra is a pretty cool place. A sleepy little Spanish town about 40 minutes southeast of Toledo, Consuegra is best known for its windmills. There are twelve in total, with ten lining the top ridge of the mountain on which they sit. As these windmills are purportedly referenced in Don Quixote, it seemed like a good place to stop by on my drive from Toledo to Seville during my Spanish road trip.

The view from the top of the ridge was breathtaking. The Castilla-La Mancha landscape stretches out as far as the eye can see, contrasting beautifully with the intense blue sky.

Now that is a view…

A view of the town

Unfortunately, ascending this ridge was terrifying. As someone with a healthy fear of heights, there are few things I hate more than having to drive up a steep incline not made for cars. Despite the international fame of this area, the road up to the top of the ridge was not really wide enough for two vehicles. There was a flimsy guardrail – but only in certain spots. Some sections of the road were apparently not deemed dangerous or frightening enough to warrant the inclusion of a guardrail. Instead, drivers had the pleasure of avoiding the edge of the steep drop while praying another car did not approach from the opposite direction. 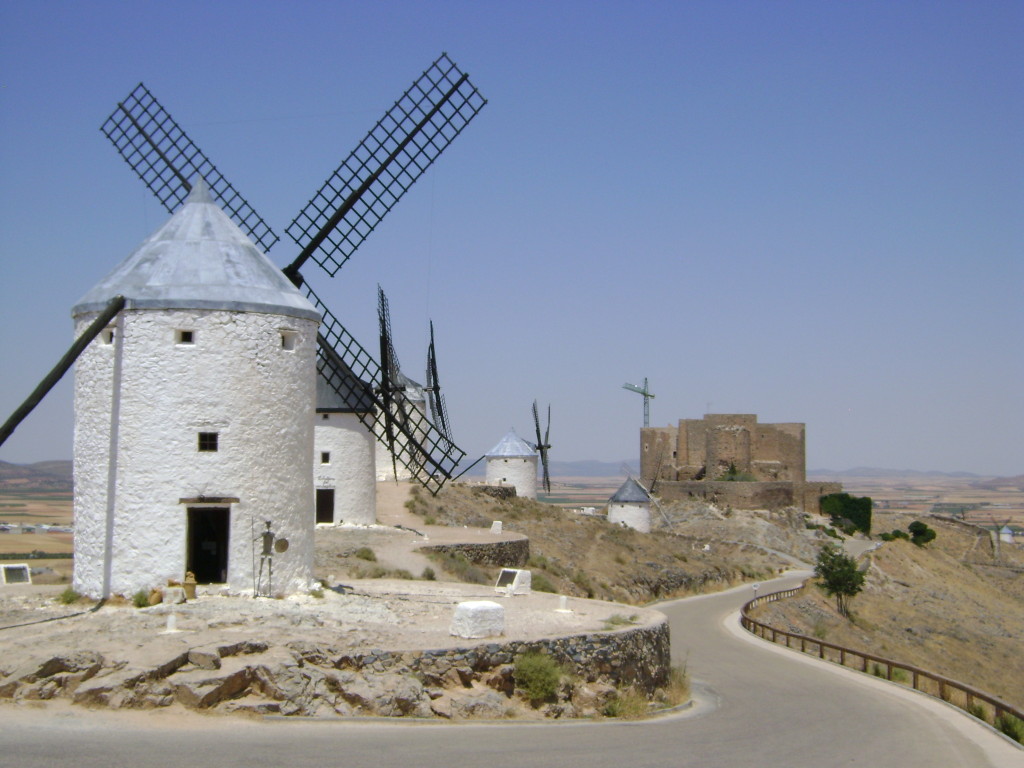 That flimsy wooden rail is all that stands between you and death.

For those brave souls with a high level of physical fitness, there is the Ruta de Don Quixote hiking trail as a means of ascending the mini-mountain. I did not explore this trail, but I strongly suspect that there are areas which require a knowledge of rock climbing.

In the end, it was worth it. Spectacular views were heightened by the atmospheric old windmills. Two of these windmills were open and (for a price) allowed visitors to climb up to the top and see how these machines work.

What’s inside a windmill? Wooden gears. Not as exciting as I thought…

Also, Don Quixote was a pimp, cause these things are freakin’ huge. 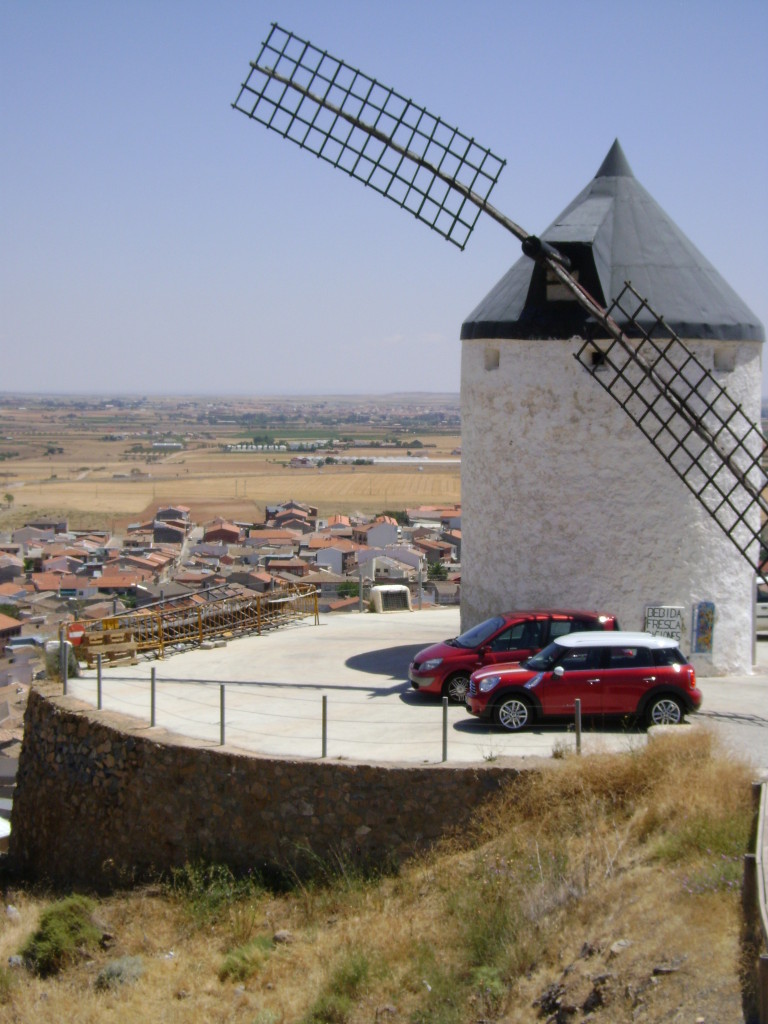 Note the size of the cars in relation to the windmill

Also, a metal Don Quixote about to own a windmill. You’re welcome.

After my exhilarating literary field trip, I realized that I needed to eat. Luckily, I obtained a restaurant recommendation from one of the windmill guides and headed into the town. The town was pretty deserted, which made parking a snap. After getting slightly lost in the incredibly confusing labyrinth of streets, I found the chic and entirely out of place Gastrobar, Gaudy Taperia. This establishment looked like the type of hip, upscale restaurant you would find in Valencia or Madrid, not a small windmill town in the middle of nowhere.  However, the food was excellent and the staff friendly. Although it was the only Consuegra restaurant I experienced, I highly recommend it!

While I wouldn’t choose to stay in the town, Consuegra is an excellent stopover on any travels south from Madrid or Toledo. The views are spectacular, the food is good, and you can pretend to fight some windmills Don Quixote-style.

Guess what, folks? A ridge with windmills on it is kinda windy…